The Asia Cup follows a round-robin format. Hence, every participating team gets to compete against each other. Only three nations participated in the first tournament, namely Pakistan, India, and Sri Lanka. As time goes by, more nations are added, such as Hong Kong, the United Arab Emirates, Afghanistan, and Bangladesh. The games are played as ODIs (One Day Internationals), but since 2016 they are played at both Twenty20 and ODI levels. 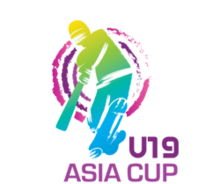 The Asia Cup started in 1984 and is played every two years. It was created to promote goodwill among cricketing nations in Asia. The first tournament was held in the United Arab Emirates, and India made history as the first ever winner of the Asia Cup. From a league of three, it became a league of four when Bangladesh joined in 1986. Afghanistan joined in 2014. Throughout the years, there have been changes and modifications made to the tournament’s history. In 2000, no event was held. The participants waited four years before the next tournament. In 1993, the tournament was scheduled in Pakistan, but was later on cancelled, primarily because of the tensions between the teams of Pakistan and India. The event got bigger and so the format was modified, leading to a more familiar tournament layout.

The Best and Worst Teams

When talking about the best cricket teams, India and Sri Lanka are at the top of the list as they have both won the competition five times. On many occasions, India emerged as the winner while Sri Lanka was the runner-up. However, if you look at the winning percentage, Sri Lanka has a higher winning percentage at over 70%. When it comes to recent performance, Sri Lanka has an advantage because it has won three out of five tournaments. Meanwhile, India has only won two out of the last eight games.
Pakistan is another nation that has been involved in the Asia Cup since the very beginning. In fact, it is considered one of the best cricket teams in Asia, but was only able to win the Asia Cup twice. It was in 2000 when it achieved its first victory. Before the 2000 Asia Cup, Pakistan finished as the runner-up. In 2012, Pakistan finished second.

One of the notable names in the history of Asia Cup is Ajantha Mendis. He is one of the most skilled and successful bowlers holding the record for the most number of wickets in a single tournament. He delivered a total of 17 wickets in a single tournament in 2008. There were many players who attempted to break this record, but only a few came close. Irfan Pathan, an Indian bowler was able to deliver a total of 14 wickets in 2004.

Sri Lankan players also made history for the most number of catches and dismissals. Kumar Sangakkara holds the record for the most scores of 50 and over. A dozen of milestones were achieved between 2004 and 2014. Pakistani players and Pakistan pair holds the highest scoring partnership. The record for the highest strike rate is hold by Shahid Afridi. The records for the most number of runs, fours, and highest scores are hold by India and Sri Lanka. Both nations also bagged the “Man of the Tournament” awards with likes of Arjuna Ranatunga of Sri Lanka and Navjot Sidhu of India.