The T20 Blast is a result of the popularity of the T20 format, which is a pretty new cricket tournament format when compared to others. It was launched in 2014 when cricket was gaining momentum and has been favorably positioned as the leading tournament. 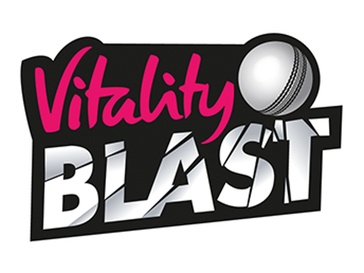 A Preview of the Vitality T20 Blast 2020 Tournament

The Vitality T20 Blast 2020 Tournament is one of the most unique T20 tournaments in the world. It runs for several months, with most of the matches happening on the weekends. Therefore, players can come in and out of the tournament depending on their availability. There are 18 teams participating in the T20 Blast 2020, which makes the tournament all the more thrilling and exciting.

The teams are grouped into three: the North Group, the South Group, and the Central Group. It is unique in the sense that cricket tournaments usually have two groups, but this time it has three.

The Preview of the Vitality T20 Blast 2020 Tournament

The teams will compete despite the fact that the majority of their international players are unaware that we are in the grip of a pandemic. A total of eight teams will make the quarter-finals.

Below are the teams we think will make it to the playoffs:

The Sussex Sharks are one of the strongest teams in the South Group. It has the best players in the team, such as Philip Salt, leading the batting and Delray Rawlins and Laurie Evans playing the supporting roles. Towards the end of the season, Jofra Archer will be available, which will be a huge addition to the team. Other experienced players on their side are Luke Wright, Tmyal Mills, and Chris Jordan. The absence of overseas players because of the pandemic situation makes the batting a bit thin. Looking at the bowling attack quality, it places Sussex in a favorable situation to win.

The T20 Blast is a cricket league happening in Wales and England. It is purposely intended to replace FriendsLife T20 and is run by the ECB. The T20 Blast is set to be the primary domestic competition in Wales and England. It consists of 18 first-class cricket teams representing the countries in England and Wales. It is categorized into North and South divisions, with each division consisting of nine teams. It started with a group stage, wherein each team plays home and away against six other teams. The remaining two teams will then play single games against each other.

To win at this stage, two points are awarded, and one point is awarded for a tie or an abandoned match. Points are significant and teams are highly encouraged to rack up those runs. Keep in mind that once the points are taken into account, the run rate is calculated. If the teams end up on the same points, the deciding factor will be the run rate. Therefore, the team must work hard in their attack considering the league’s structure and the way points are awarded.

Back in the days when it was still the Twenty20 Cup, it created a reputation as one of the most thrilling, established, and diverse domestic cricket competitions in Europe. There were a total of six different winners during the first seven years of the tournament until it was sponsored by FriendsLife. Although the diversity of the league was not maintained throughout the competition. Nevertheless, it remained thrilling, entertaining, and exciting enough that it has continued to capture the attention of cricket fans around the world.

Although the competition revolves around teams from Wales and England, a clear shift towards English teams was noted, but only a few teams from Wales were involved. Only Glamorgan from Cardiff represented Wales.

Considering that it is an annual competition, expect that the history books are being rewritten every time. in the early phase of the league, Leicestershire Foxes emerged as the most successful team. In fact, it made history as the first team to reach a total of three wins. The team played against the Northern League; the home of the best cricket teams. The Northern League was also represented by the Northamptonshire Steelbacks who successfully bagged the titles on the early part of the league. On the other hand, Hampshire is one of the successful cricket teams in the Southern region.

T20 Blast standout among the rest of cricket leagues because of its commitment to offer something different. The Finals Day is the highlight of the league and deemed by many as the most exciting days in the domestic cricket category regardless where you are in the world. The semi-finals and finals are played on the same day, same ground, and right after one another. The game format and schedule are favorable for the fans because they will get a full day’s worth of cricket event and watch their team progresses from the semis to the finals. It is something that you don’t get to watch and experience in any other cricket tournaments or leagues.