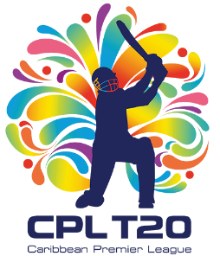 We give you our CPL 2021 expert analysis. We provide information about the different cricket teams, star players, and predictions about the outcome of the tournament.

The Trinbago Knight Riders won the previous season and are the favorites and expected to win again this year. Why? It has a solid batting lineup such as the likes of Colin Munro, Kieron Pollard, Lendl Simmons, Bravo, and Tim. This line-up is tough to beat.

The teams most likely to make it to the playoffs are

There are six teams participating in the CPL T20 2021 and they will all play in 33 matches from August 26, 2021 to September 2021. Learn more about the different participating teams and the odds of winning.

The Trinbago Knight Riders is one of the favorites of many bookmakers. It is without a doubt that they will make it to the playoffs and have the highest chances of bagging the title once more.

CPL 2020 Result: 2nd After Group Stage, Lost in the Semi-Final

Many bookmakers see Guyana Amazon Warriors as an inferior team, but personally, we feel that it has an edge to make it to the playoffs, especially if you look at its lineup. One of its key players, Shimron Hetmyer, will definitely score big as he was able to make 267 runs last year. It also has Imran Tahir, who will most likely be the team’s top bowler.

The odds are 7 to 1, which is the longest odds by far, and we agree with the bookmaker’s take on this one. We feel that there is a slim chance of winning when you place your bet on St. Lucia Kings. It is not worth the risk, at least for now. There are players you should keep an eye on though, such as the likes of Tim David, as he was brilliant during the PSL and could be a big surprise for the team’s performance. There is also a possibility that Obed McCoy will be the highest wicket taker for the team.

We strongly believe that the St. Kitts and Nevis Patriots will have a strong chance of making it to the CPL 2021 semi-finals. The players’ experience and performance will without a doubt bring the team easily to the semis. Evin Lewis will almost certainly score the majority of the runs. Sherfane Rutherford is expected to perform well too.

The odds for Barbados Royals to win CPL 2021 are 5.50, which is the bookmaker’s prediction for Jamaica Tallawahs and SNP. We also feel that the Barbados Royals will have a hard time getting into the semi-finals. For the team’s top batsman, we see Glenn Phillips, and for the highest wicket-taker, we see Hayden Walsh.

The bookmakers see Jamaica Tallawahs as the second most likely to win the 2021 Caribbean Premier League. From our perspective, we feel that the only chance for the Jamaica Tallawahs to win is because of the CPL format. We have apprehensions about whether the team will make it to the semi-final round.

The Caribbean Premier League stadiums are found in various parts of America, such as the Central Broward Regional Park in Florida, USA and Sabina Park in Jamaica.

There were six teams that signed up for the Caribbean Premier League. Barbados Tridents, Jamaica Tallawahs, Trinbago Knight Riders (formerly Trinidad and Tobago Red Steel), Guyana Amazon Warriors, Antigua Hawsbills, and St. Lucia Zouks were among the teams.The Patriots of St. Kitts and Nevis joined in 2015.It was the first expansion team of the CPL and is supported by the Saint Kitts and Nevis government. The majority of the team’s players are from Antigua Hawsbills, who didn’t sign up for the Caribbean Premier League 2015.

It was in 2013 when the first Caribbean Premier League season was conducted and the Jamaica Tallawahs emerged as the winners during that time. In the second season, the Jamaica Tallawahs were in third place, but they bagged the title once more during the Caribbean Premier League 2016. During the first two CPL seasons, the Guyana Amazon Warriors finished as runners-up, which makes them one of the most consistent teams in the league.

During the third season, the Trinbago Knight Riders surprised everyone as they emerged as the champions. In the last two CPL seasons, they also finished fourth and so not many people expected them to bag the title in the third season. In CPL 2016, they finished third, although many thought they would bag the title again for the second time. The Barbados Tridents won the CPL’s first four seasons. They won in 2014 but only finished as runners-up the following year.

The Antigua Hawksbills have the poorest record among the participating teams in the Caribbean Premier League. During the first two seasons, they finished 5th and 6th and have gone dormant since then. The St. Lucia Zouks share the same performance as the Antigua Hawksbills. In 2016, it finished fourth in the league, which is quite an improvement.

The primary sponsor of CPL is Hero MotoCorp, formerly known as Hero Honda. It is a company that manufactures motorcycles and scooters in India. It is also one of the richest companies, not only in Asia but in the world. The West Indies Cricket Board administers the Caribbean Premier League and the salary cap is $780,000.

It is without a doubt that the CPL is one of the most widely broadcast cricket leagues. Domestic league games are not easily found broadcast outside of major countries, though there are a few networks that show them and they are usually free.If you are residing in the United Kingdom, you can watch CPL on Dave, which is available on most TV packages like Freeview, Virgin, BT, and Sky. You can also watch it on BT Sport, a paid channel on Sky and BT TV. For cricket fans in the United States and surrounding territories, you can watch the CPL on ESPN.

You can also watch the Caribbean Premier League on TV Guyana, CNC3, ZIZ, and CBC. These are channels based in the Caribbean. In Australia, you can watch it on Fox Sports, TEN Sports in Pakistan, and Sky Sport in New Zealand. There are also live streams and other small broadcasters showcasing the league.